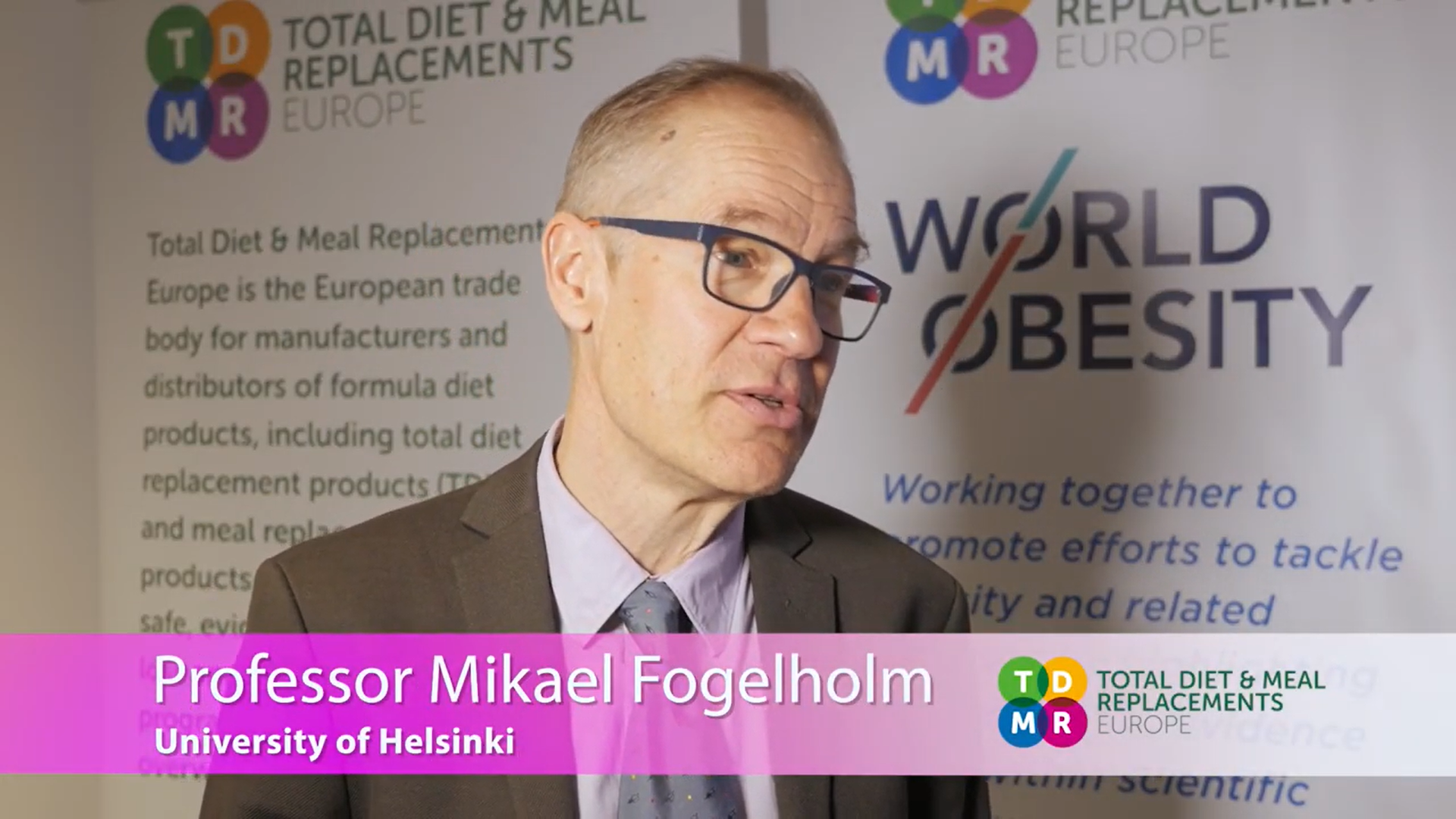 “The PREVIEW-study is one of the largest and longest randomized interventions to study the effects of diet and physical activity prevention of type 2 diabetes in pre-diabetic individuals. Compared to earlier studies, the use of a total diet replacement strategy during the first two months was a new element. The main interest was to study the effects of a diet higher than normal in protein (and lower in carbohydrate), with a lower glycaemic load, combined with higher intensity exercise.”

Mikael Fogelholm is a professor in public health nutrition at the University of Helsinki. His previous research includes a systematic review to study the relative health risks of poor cardio-respiratory fitness in normal-weight people compared with obesity in individuals with good cardio-respiratory fitness, and the long-term effects of weight loss on muscle strength and bone mineral density in adults who are overweight or obese.

In his interview, Fogelholm discusses the PREVIEW-Study. PREVIEW is an acronym of PREVention of diabetes through lifestyle intervention. The project is a large multi-national diabetes prevention project, with the primary goal of identifying the most efficient lifestyle pattern for the prevention of Type-2 diabetes in a sample of pre-diabetic overweight or obese individuals.

Fogelholm attributes the high success rates of total diet replacement programmes (TDR) in his studies to the frequent group meetings and support for the participants. Furthermore, he suggests that TDRs yield good results because participants are drawn to programmes which bring tangible results relatively quickly. Interestingly, his research has shown that during the three year maintenance phase, those who followed a high protein diet and pursued more physical activity did not maintain better weight loss than those in the other groups.

However, the study did show a low diabetes rate at three years compared with other major trials on the same subject. For the future, Fogelholm would like to pool his data together with other studies, such as the Diabetes Prevention Study in Finland, to take a closer look at individuals who have similar metabolism and then track their progress after their weight management programmes. This would allow for greater accuracy concerning the development of our knowledge of diabetes prevention and remission.

Professor Anthony Leeds, chairman of TDMR Europe notes that the PREVIEW results were also discussed at the American Diabetes Association meeting in June.  Results of the TDR weight loss phase on 2,224 people with pre-diabetes in 8 countries showed that 8 weeks of TDR was completed by 91% of participants (an unusually high compliance rate) and average weight loss in that time was 10.7kg. (see Christensen P,et al Diabetes Obes. Metab. https://doi.org/10.1111/dom.13466). Reporting the ADA presentation Professor Ian Macdonald, University of Nottingham,  said that 2020 participants achieved the 8% weight loss goal that justified entry into the three-year weight maintenance programme and 962 of those completed the three year programme at which point only 62 of 962 had developed diabetes.   Macdonald added ‘….combining an initial low-calorie diet to establish significant weight loss followed by a maintenance diet and physical activity program with evidence-based advice on achieving behaviour change can achieve longer term maintenance of weight loss and reduce the risk of developing type 2 diabetes.’ (see: http://www.diabetes.org/newsroom/press-releases/2019/weight-loss-from-low-calories.html )

Commenting on the results Professor Anthony Leeds, chairman of TDMR Europe added ‘This large observational study of Total Diet Replacement diet (800kcal/d) shows for the first time, in a global context, that this is a safe, effective way to begin diabetes prevention programmes…Taken in conjunction with other published clinical trials showing weight maintenance after TDR for up to four years, these results are a substantial offering in the global fight against the tsunami of diabetes that will shortly overwhelm health care providers.”