The DiRECT diabetes remission trial – an interview with Mike Lean 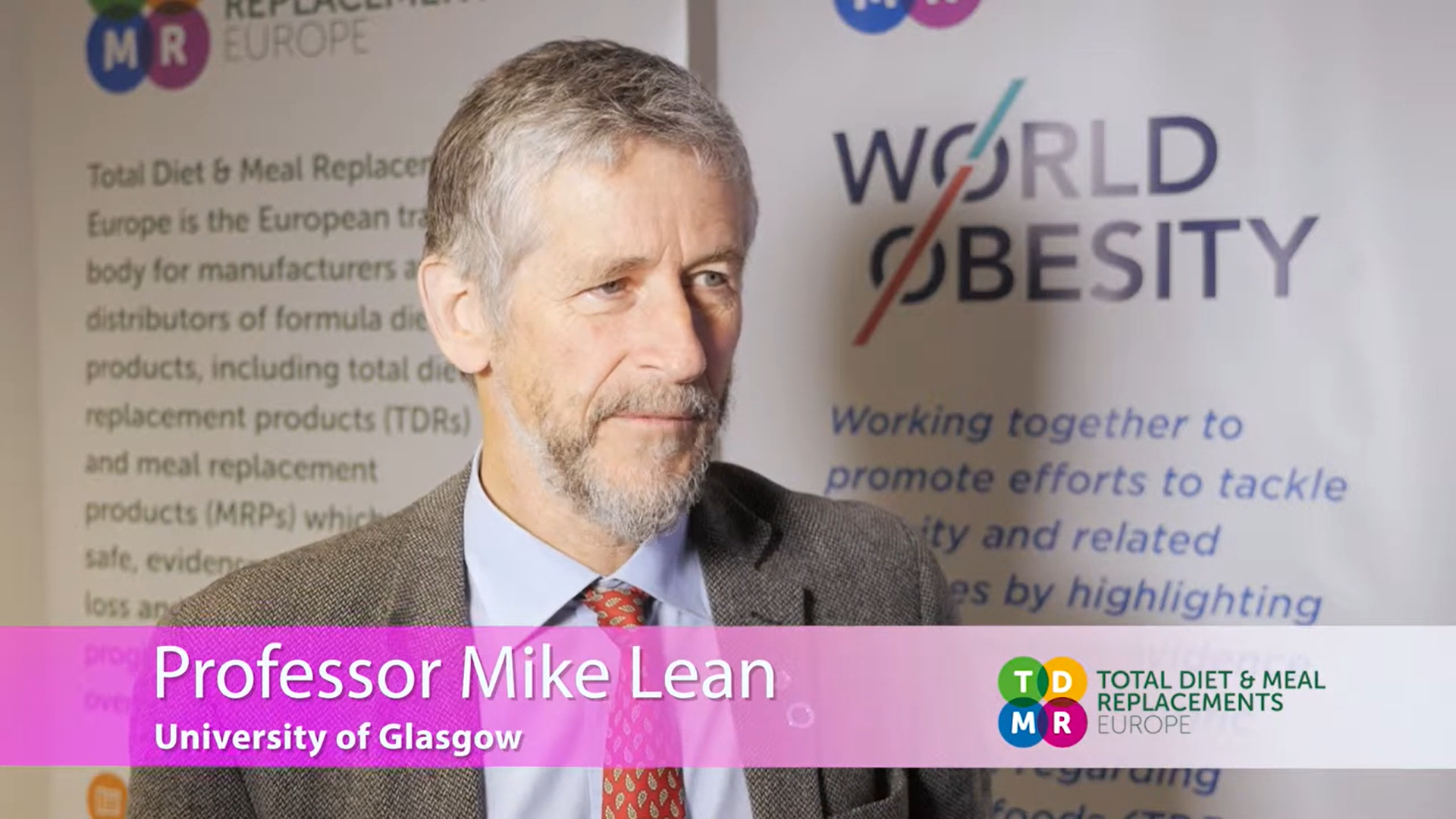 “Formula diets, as currently designed, have proved extremely safe and effective in helping people to lose substantial amounts of weight, and gaining remission of type-2 diabetes. Almost nine out of 10 people with type-2 diabetes were still in remission, not diabetic and not needing medications, a year later if they lost 15kg.”

Professor Mike Lean, professor of human nutrition at the University of Glasgow and consultant physician at Glasgow Royal Infirmary, discusses the DiRECT diabetes remission clinical trial, a research study investigating whether offering an intensive programme of weight loss with TDR and weight maintenance could help place with Type 2 diabetes into remission. The first study of its kind, it has to the potential to revolutionise the way Type 2 diabetes is managed in the future.

The trial aimed to assess how many people can become non-diabetic through a 15kg weight loss. All participants were followed for at least two years, to see how many remained in remission and how that related to their weight. The latest findings revealed that more than a third of people with Type 2 diabetes who took part in the intensive weight management programme (starting with TDR) were in remission two years later. These results build on the initial findings, which showed that 46% of patients were in remission after twelve months.

Professor Lean emphasised that it’s a well-known fact that diabetes remissionis strongly linked to weight loss and maintenance. Remission of diabetes allows patients to stop taking anti-diabetes drugs, improving their quality of life and saving on treatment costs. The drugs themselves can cause side-effects, and cost healthcare services in the UK around £800m per year. For people who can achieve a long-term remission, the effect upon their future health and wellbeing is expected to be very beneficial.

Inspired by the results of the DiRECT study, NHS England has committed to piloting a Type 2 diabetes remission programme in 2019, and NHS Scotland is rolling out programmes right now. These studies have the capacity to investigate on a larger scale and provide more evidence to support weight management programmes for achieving diabetes remission. But the DiRECT trial itself has much more to give. Some participants of the original study are being followed for another three years, and more research is being done into the cost-effectiveness of the programme. A significant challenge will be to distinguish between responders (those who achieved remission) and non-responders (those who did not) and develop ways to help those who struggle to achieve and maintain diabetes remission.

For more information on the DiRECT trial go to: https://www.directclinicaltrial.org.uk/