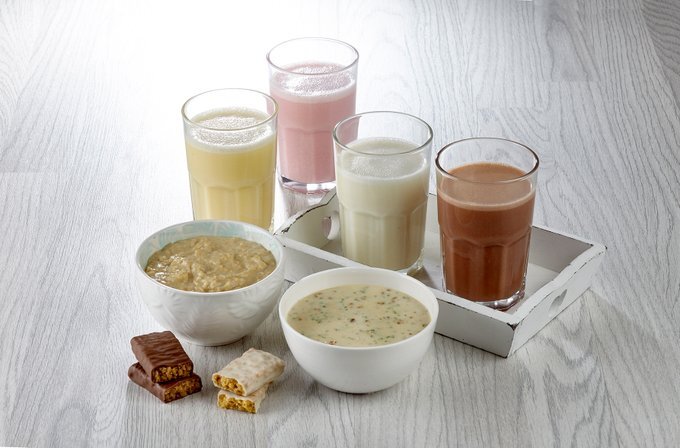 The loss of very low calorie diet products (VLCDs) will leave tens of thousands of obese and overweight people across Europe without one of the safest and most effective options available to lose weight, making them more likely to turn to less regulated and potentially dangerous alternatives such as fad diets and slimming pills, warns a new report by the European Very Low Calorie Diet Industry Group (VLCD Industry Group).

The report, Protecting Consumers and Delivering a Healthier, Happier Europe, which will launch at a European Parliament event on 3rd May, outlines a body of evidence demonstrating the need for the continued existence of VLCDs and the detrimental impact their loss would have on public health across the continent, using a sample of real-life examples of individuals whose lives have drastically improved while using the products. This is in light of newly proposed legislation that risks wiping out the weight loss programmes.

VLCDs are total dietary replacement products specifically formulated to help overweight and obese people lose weight successfully. Without them, consumers will be left without a safe and controlled weight loss plan, being forced to turn to unregulated and often dangerous alternatives, such as nutritionally imbalanced “fad” diets, including high-protein diets, and even unregulated and unlicensed slimming pills.

Unlike VLCDs, fad diets use combinations of conventional foods and as such do not fall under European legislation, presenting considerable risks to maintaining good health, particularly as they are not specially formulated to ensure the required levels of essential nutrients are provided. Alongside this, slimming pills that are not regulated by the European Medicines Agency and are not backed up clinical research may hold hidden dangers to consumers’ health, and can result in anything from high blood pressure, to liver damage, to death.

VLCDs are at risk of ceasing to exist if new legislation currently being considered by the European Parliament is implemented. The changes, which were outlined in an act sent to the Parliament by the European Commission, set specific rules as to how VLCDs should be made. The VLCD Industry Group has determined that the rules being proposed would make VLCDs very difficult to manufacture and they would taste unpleasant, have an unappealing texture, turn rancid quite quickly and be much more expensive for consumers.

The VLCD Industry Group is calling on MEPs to reject the proposed act ahead of a possible vote in plenary in the European Parliament this summer, and for the European Commission to reconsider these proposed rules.

“Obesity is one of Europe’s biggest public health challenges. VLCDs and total diet replacement products are one of the most effective weight management programmes and have the potential to help combat not just obesity but also the raft of conditions that come with it, including diabetes. This proposed new legislation is going to limit the choice of ordinary consumers’ simply wanting to manage their weight loss

“In their desperation, there is a very real risk that these consumers will turn to “quick fixes” that have the potential to cause them serious harm. In 2015 alone, the UK Medicines and Healthcare Regulatory Agency (MHRA) seized more than 240,000 doses of pills claiming to be for weight loss, which turned out to contain previously banned medicines associated with increased risks of heart attacks and strokes. That’s just one example – there are many other dangerous alternatives available across the continent. VLCDs are a regulated option available on the market and have been used successfully for more than 30 years, as is evident in the report. What this proposed legislation is effectively doing is putting a, and very large, needy group of people at unnecessary risk as they seek substitute weight loss options that are less likely to work and may be detrimental to their health.”

“I lost 94kg on my VLCD programme and it’s the best thing I’ve ever done. I had considered all the other options before – the online diets, the weight loss pills, the surgery, but the risks associated with all of them were too big. You hear horror stories every day about people whose bodies suffer great damage because they trusted something on a dodgy website and I was too afraid to become just another news item. The VLCD changed my life, and rather than expose me to any health risks, it helped improve my health in many ways. I’m truly thankful for the existence of VLCDs and think it would be catastrophic if they were no longer available to help people who need them the most.”

The European Very Low Calorie Diet (VLCD) Industry Group is the European trade body for manufacturers and distributors of VLCD products which provide weight loss programmes for the very overweight and obese. Members of the Group currently operate predominantly in the Netherlands, Sweden, Finland, the Czech Republic, the United Kingdom, Denmark, Ireland, Cyprus, Greece and Poland.

Very low calorie diets (VLCDs) are specifically formulated weight loss programmes which are based around formula foods. Compositionally, VLCD products are food products that (a) contain regular food ingredients (vegetables, soya, milk, pasta, fat, etc.) in dried form; (b) differ from off the shelf conventional retail foods (powdered soups, shakes, meal bars) in that the quality of the ingredients is typically much better in VLCDs; and (c) deliver the appropriate daily amounts of essential vitamins and minerals which is extremely difficult to achieve with restricted calorie “conventional”